An innovative life sciences platform
transforming the future of healthcare

LifeSci Acquisition III Corp. (Nasdaq:LSAC) is a blank check company formed for the purpose of entering into a merger, share exchange, asset acquisition, stock purchase, recapitalization, reorganization, or other similar business combination with one or more businesses or entities, pursuing targets that are focused on healthcare innovation in North America or Europe 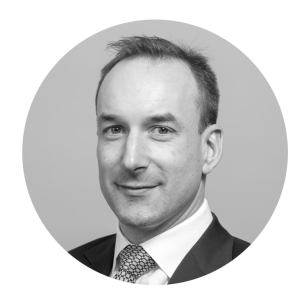 Andrew is an experienced healthcare investment professional with expertise identifying transformative products and technologies in all stages of development. Andrew is a Founding Partner of LifeSci Advisors and LifeSci Captial. Prior to founding LifeSci, Andrew serves as senior biotechnology analyst at Great Point Partners, a dedicated life science hedge fund. From 2004 – 2006 Andrew was Head of Healthcare Research and a Biotechnology Analyst at ThinkEquity Partners, a boutique investment bank. Prior to entering the financial services industry, Andrew was a medicinal chemist at Cytokinetics from 2001 – 2004, where he discovered and developed a promising anti-cancer agent now in clinical trials. Andrew began his pharmaceutical career as a medicinal chemist at Pfizer. Andrew received a Ph.D. in organic chemistry from UC Irvine and completed his B.S. in chemistry at U.C. Berkley. Andrew holds the Series 7, 24, 63, 79, 86, and 87. 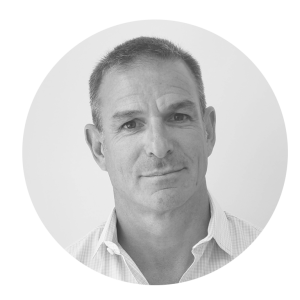 Chief Operating Officer
Michael has experience in portfolio management, corporate management, investment banking and capital markets. Prior to co-founding LifeSci Advisors and LifeSci Capital, Michael was the co-head of health care investment banking at Canaccord Adams, where he was involved in debt and equity financing. Michael was also was a Managing Director at Think Equity Partners where he was responsible for managing Healthcare Capital Markets, which included structuring and executing numerous transactions, many of which were firsts at ThinkEquity. Prior to that, Michael served as a Managing Director at Banc of America serving large hedge funds and private equity healthcare funds. Previously, he was a Managing Director at JPMorgan/Hambrecht & Quist. 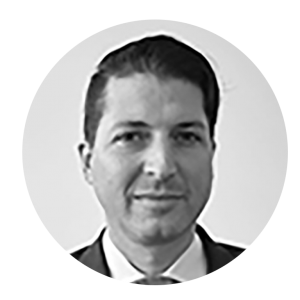 David is an experienced healthcare capital markets investment banker with a career focused on helping high-growth life science, medical device, and healthcare IT companies achieve their financial and strategic goals. Prior to joining LifeSci Capital, David founded Dobkin & Company, an investment bank tailored for entrepreneur-lead companies focused on seed and growth equity and capital. Previously, David worked in various capacities with the New Zealand Government facilitating capital formation on behalf of regional companies and government agencies with a focus on securing strategic foreign direct investment. David has tremendous experience conducting cross-border transactions. Prior to October 2010, David worked for Lazard Frères, one of the world’s preeminent financial advisory and asset management firms, where he facilitated and advised on cross-border mergers and acquisitions transactions in excess of $3 billion. Prior to joining for Lazard Frères, David began his career in in the Healthcare investment banking group for Wasserstein Perella based in New York. David conducted graduate research in stem cell bio-engineering and received a Master of Science, Biomedical Engineering, from the University of Southern California. David also received a Bachelor of Science, Biomedical Engineering, from Columbia University. David holds the Series 63, 79, and 82. 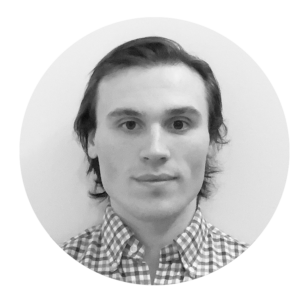 Matthew joined LifeSci Capital in 2018 as a member of the investment banking team, where he has advised on capital markets and M&A transactions for promising early-stage biotech and medtech, behavioral health, and healthcare technology companies. Prior to joining LifeSci, Matthew spent time at Bank of America Merrill Lynch and UBS in their Global Wealth & Investment Management divisions, with a focus on biotech equity research. Matthew graduated from the University of Michigan and received his B.S. with majors in Mathematics and Statistics. 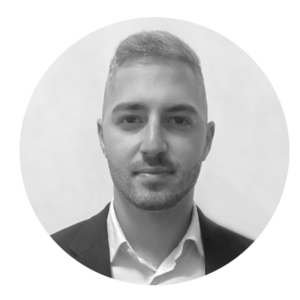 Bob joined LifeSci Capital in 2018 as a member of the investment banking team, where he advises on both capital markets and M&A transactions for biotech, medtech, healthcare services and healthcare technology companies. Bob is also the Vice President of LifeSci Acquisition and LifeSci Acquisition II, where he assists in identifying a strong target to acquire into LifeSci’s special purpose acquisition company. Prior to joining LifeSci, Bob spent his time at Maxim Group in their investment banking division. Bob graduated from Pace University and received a BBA with majors in Finance and Mathematics. 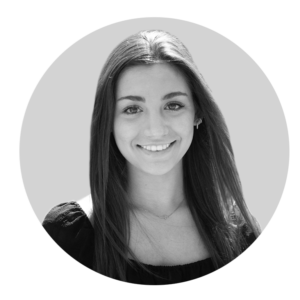 Stephanie joined LifeSci Capital in 2021 as a member of the investment banking team, where she has advised on capital markets and M&A transactions for biotech, medtech, healthcare services, and healthcare technology companies. Stephanie graduated from Georgetown University and received her B.S. with a major in Healthcare Management & Policy.

Thomas, who became our Board Member on the date of this prospectus, has been a portfolio manager at Monashee Investment Management since 2011. From 1995 to 2011, he co-founded and served as the Managing Director of Leerink Swann LLC, a Boston based healthcare investment bank. From 1991 to 1995, he worked at Lehman Brothers. Thomas received his B.A from Fairfield University and J.D. from Suffolk University We believe Thomas is qualified to sit on our board due to long-running experience in healthcare investing and advisory services.

Raquel, who became our Board Member on the date of this prospectus, is the Chief Operations Officer and President of Vincerx Pharma, Inc., and a member of the Vincerx board of directors. Dr Izumi has served as Vincerx’s Chief Operations Officer and as a member Vincerx’s board of directors since March 2019. Before that, Dr Izumi co-founded Acerta Pharma and served as its executive vice president of clinical development from February 2013 to May 2020. Dr Izumi also co-founded Aspire Therapeutics LLC and served as its chief scientific officer from June 2011 to February 2013. Before founding Aspire Therapeutics, Dr Izumi served as senior director of clinical development at Pharmacyclics LLC, a biopharmaceutical company, from February 2010 to May 2011, where she worked on designing and implementing seven clinical studies across various hematologic malignancies (including three studies that garnered breakthrough therapy designation) for the first BTK inhibitor (IMBRUVICA®) to enter clinical trials. Dr Izumi began her research career at Amgen, where she held positions of increasing responsibility and participated in a successful BLA filing and approval for ARANESP®. Dr Izumi was a Howard Hughes Predoctoral Fellow at the University of California, Los Angeles where she obtained a PhD in microbiology and immunology. She received honors and distinction for her BA in biological sciences from the University of California, Santa Barbara.

Adam, who became our Board Member on the date of this prospectus, is the Chief Operations Officer and President of Allakos, Inc., a clinical stage biotechnology company developing its wholly owned monoclonal antibody for the treatment of various mast cell and eosinophil related diseases. Prior to joining Allakos, Dr. Tomasi was Chief Scientific Officer and Head of Corporate Development at ZS Pharma where he led scientific, business development, and investor relation functions through the company’s initial public offering and sale to AstraZeneca. Before joining ZS Pharma, Dr. Tomasi was a Principal at Alta Partners where he contributed to investments in ZS Pharma (acquired by AstraZeneca), Lumena Pharmaceuticals (acquired by Shire), Excaliard (acquired by Pfizer), ChemGenex (acquired by Cephalon), Achaogen, Immune Design and Allakos. Dr. Tomasi served as a drug discovery scientist with Gilead Sciences and Cytokinetics. Dr. Tomasi holds a Bachelor of Science in Chemistry from the University of California, Berkeley, an MBA from MIT and a PhD in Chemistry from the University of California, Irvine.

Nassim, who became our Board Member on the date of this prospectus , has been Catalyst Biosciences, Inc.’s President and Chief Executive Officer and as a director since August 2015. Catalyst Biosciences, Inc. is a fully integrated research and clinical development biopharmaceutical company with expertise in protease engineering, discovery and translational research, clinical development and manufacturing. From February 2006 until August 2015, Dr. Usman served as Chief Executive Officer and a member of the board of directors of Catalyst Bio. Dr. Usman is currently a Venture Partner at Morgenthaler Ventures. Prior to joining Morgenthaler in 2005, he was Senior Vice President and Chief Operating Officer at Sirna Therapeutics Inc., which was subsequently acquired by Merck, from 2004 to 2005, and held various R&D positions at both Sirna and Ribozyme Pharmaceuticals, including Vice President of R&D and Chief Scientific Officer, from 1992 to 2004. During his industrial career, Dr. Usman has overseen the entry of several drugs into clinical development, completion of multiple licensing deals with pharmaceutical and biotechnology companies and raised capital in both private and public financings. Prior to moving into the private sector in 1992, Dr. Usman was an NIH Fogarty and NSERC Postdoctoral Fellow and Scientist in the Departments of Biology and Chemistry at the Massachusetts Institute of Technology from 1987 to 1992. He has authored more than 70 scientific articles and is the named inventor in 130 issued patents and patent applications. Dr. Usman serves on the board of directors of Mosaic Biosciences, is a past director of Principia Biopharma, Osprey Pharmaceuticals, Archemix Corporation and atugen AG (now Silence Therapeutics) and served on the science advisory boards of RXi Pharmaceuticals and Noxxon Pharma AG. He received his B.Sc. (Honours) and Ph.D. in Organic Chemistry from McGill University. In his doctoral dissertation, he developed a method for the solid-phase synthesis of RNA that is widely used in science and in two marketed RNA products (Macugen™ & Onpattro™).